How a Clay Sculpture Changed My Perspective 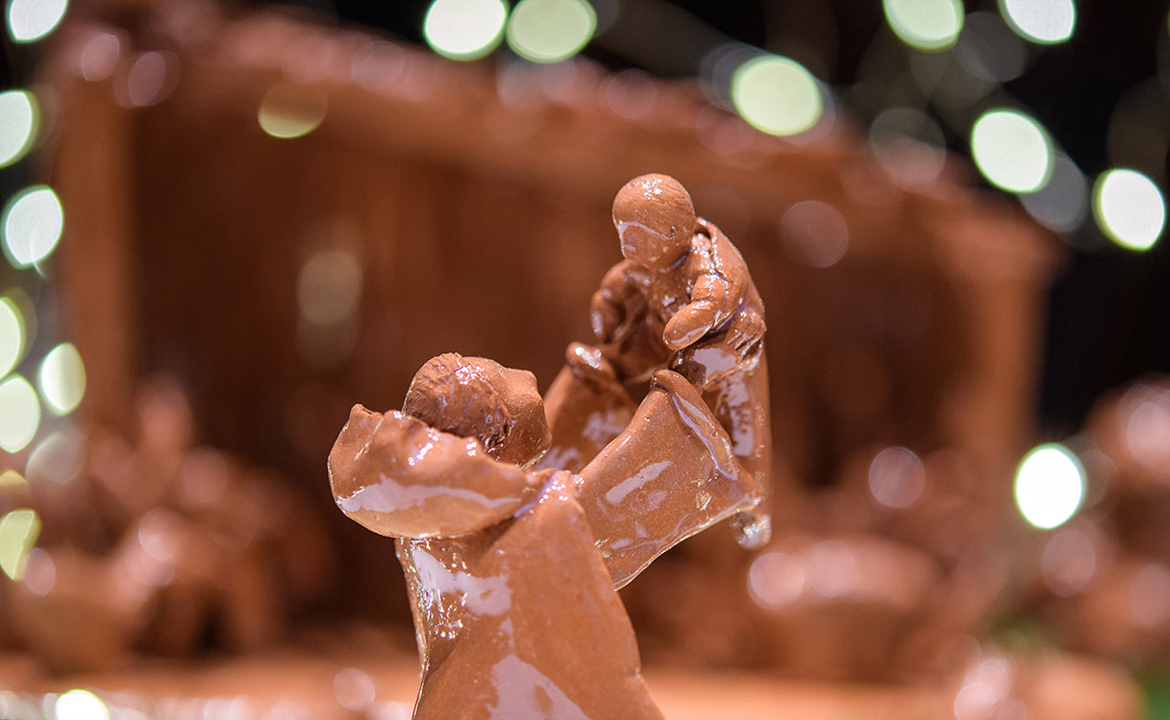 A mother’s touch served as one of the key moments of Christ’s arrival to earth. God could have chosen an adorned princess in an ancient palace… but, he didn’t. God could have ushered his Son into the world through the powerful political leaders that owned the Roman Coliseum… but, no. Instead, He chose a young, humble woman named Mary to birth Christ into the world and nurture Jesus from giggly infancy to bold adulthood. Thus, she was a key figure in the incarnation (which means God becoming man).

When you think of Mary, what visual image comes into your mind? Think about Mary and try to conjure an image of her. Many of you may imagine a kneeling Mary, dressed in dark blue, with a white head shawl. She appears solemn and demure. And just above her head – as you create this image of Mary – your mind adds a vibrant golden halo. This somber visualization of Mary is normal for most because that is how she is often depicted. With that being said, I have another picture of Mary in mind. This is largely due, in part, to a very special nativity scene that was gifted to me a few years ago.

Made with clay and lots of love, this sculpture defies the traditional interpretation of the nativity. The family that crafted it for me took creative license. In their design, Mary is not kneeling, quiet, somber, nor wearing a halo. Instead, she is a maternal, confident Mary; standing boldly with an arch in her back. She’s holding Jesus high above her head… reveling in a joyous, tender moment. Her chin is high. Her smile – magnanimous. So real. So alive. So authentic. My heart is refreshed by this unusual interpretation of Mary and the nativity, and it is for this reason that I have it proudly displayed in my office.

With Christmas around the corner, let us remember this version of Mary. In doing so, she is no longer the unrelatable, untouchable, distant figure from the conventional frame of reference. Although her human appointment was divine, she is still a joyous new mom with a newborn son! In other words, we should not forget her humanity! God purposefully chose her to bring Christ into the world as a baby boy. Thus, the incarnation is Christ’s example that the human experience is good. How wonderful that we get to be a part of this fun and amazing world that God created!